Before going home Ryouma goed to Izumi's place and they have sex.

The next day the production started. The serie is set in a multimilliondollar mansion. The main character is the master of the masion, Kimiwada Ryou. He and his butles, Tokugawa Kenichi seem to have an average master and retainer relationship. However master Ryou has three split personalities. One is an innocent young rich boy, the second one is a calm and proper young woman and the last is a super-genius mature young man. Tokugawa has to keep track of the three personalities, while all sorts of incidents happen around them. As the three personalities and other man finally reach the truth at the end.

Izumi is really amazed by the script, but then realizes that he will have to play the roles at once since master Ryou has three split personalities.

At home the only thing he could first think about was the fact he couldn't play three roles, all by himself. Then he remembers what Jin said about the fact Izumi has to develop his own Kimiwada Ryou and afterwards tries his best to find that. While he was studying the script Ryouma calls and asks if Izumi isn't nervous, but of course Izumi was. Ryouma tells Izumi he shouldn't worry and he will give him his goodluck charm.

However at the day of the script-reading it seems like Ryouma got stuck in traffic and will be late and Izumi is really nervous. 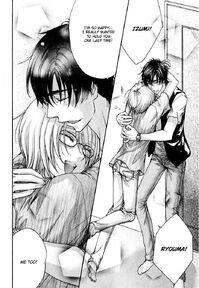 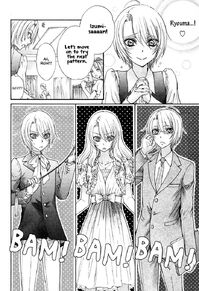 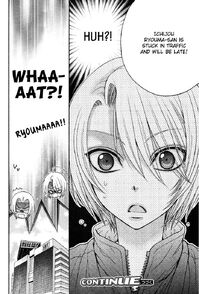