Ryouma forgot all about Izumi. Jin decides to go allong with it and introduces Izumi to Ryouma. When Ryouma left, Izumi grabbed Jin and asked what was wrong. Jin tells about the hypnosis and Izumi immediately asks to fix the hypnosis, but Jin won't do that because if he undid the hypnosis Ryouma wouldn't be able to act and asks Izumi to let Ryouma stay this way untill the filming ends. Then they contiue the filming and everything goes smoothly and Izumi hopes that Ryouma's memories will come back slowly. But after a couple days Ryouma's memory is showing no sign of returning and Izumi is losing hope.

On Izumi's day off. Izumi is sitting in his room, but Rei is worried and decides to help Izumi on his feets again. Rei realizes Izumi gave up all hope, but Rei says the important thing is Izumi's feelings for Ryouma and if he is really all right with losing Ryouma. Then he remembers the day Ryouma said he loves him and Izumi bursts into tears. After a couple days Izumi finally found his answer; he would become the seme! 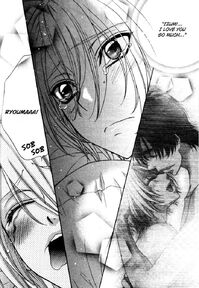 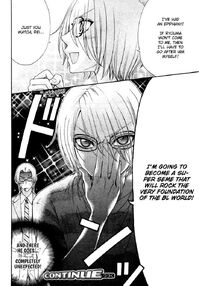