Izumi was fondling Ryouma when he suddenly woke up. Ryouma got really angry and said it's disgusting for a guy to be in love with another guy. Izumi goes outside to walk for a while and remembers how Izumi also at first didn't like Ryouma and he now understands how Ryouma felt back then. How much it hurts when your feelings don't get across to your partner.

The next day when Rei was about to wake up Izumi he was already awake and ready to go. Rei is suprised by the way Izumi acts and asks if he's really alright. Izumi tells he has to apologize and not do anything Ryouma won't like and wait. But he mustn't give up. He has to keep telling Ryouma how he feels. Because Ryouma also did that and that's how Izumi fell in love with Ryouma.

Meanwhile Ryouma has a dream about Izumi's and Ryouma's first time. At the set Ryouma keeps avoiding Izumi because he remembers that dream again.

Then the filming starts and after the filming Izumi walks up to Ryouma and tells him he really does love Ryouma. Ryouma starts to remember something and walks away, but they were standing on a cliff and Ryouma falls off. 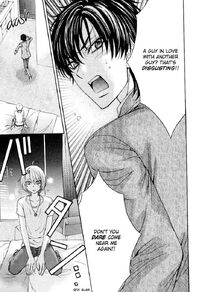 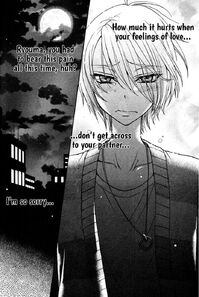 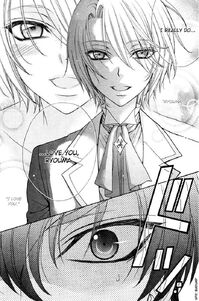 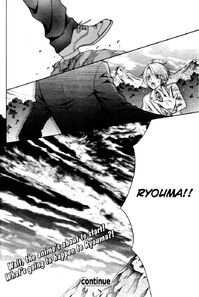